The Golden Lion Festival – 2021 will take place in Lviv

The traditional International Theatrical Festival "Golden Lion - 2021" will take place in Lviv from October 1 to 8. This year the festival will be staged, however, several special events are planned in the program.

"Golden Lion" is one of the most prestigious theatrical forums in Ukraine. Theaters from Poland, Hungary, Italy, Greece, Iran, Canada and Ukraine will be presented in Lviv. 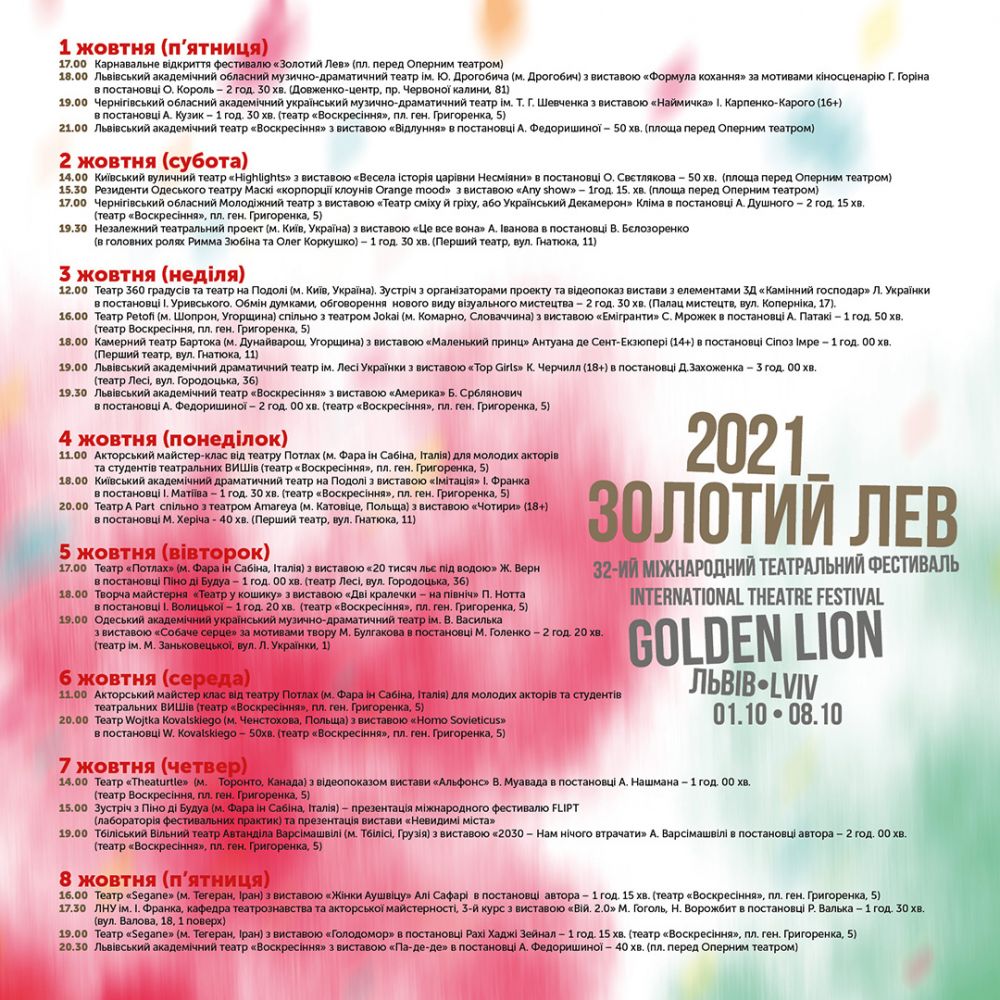 Wednesday highlights of the festival: