But not everyone knows about the dungeons of the Jesuit church, although they are one of the most interesting dungeons in Lviv. And they hide a lot of questions from the past, to find answers to which scientists are still trying.

Jesuits who arrived in Lviv at the end of the XVI century. could not get enough space to build a temple, as the city was densely populated. However, the influence and wealth of monks increased due to the patronage of the nobility (except Elizabeth Senyavskaya). Soon, the Jesuits began to build on the site of the former buildings adjacent to the Western world.

In 1630 the construction of the Church of the Holy Apostles Peter and Paul was completed, and the underground parts were adapted for burials.

In 1997, the first excavations were carried out under the direction of archaeologist Mykola Bandrivsky. During the works, parts of the lower tier of the dungeon were explored and many things belonging to the Jesuits were found. In addition, archaeologists have removed the walls of the building of the XIV century. and ceramics of princely times. That is why visiting the dungeon you will be able to literally delve into the history of the city.

After arranging a space for visitors in 2014, the dungeons were opened for visitors. The exposition in crypts and passages is constantly changing and supplemented.

In 2016, plastic panoramas of princely , gothic and baroque Lviv by Igor and Lyubov Kachoriv were placed in the dungeon  . Halls with models of Lviv are the only ones where there were no crypts. This is the territory that belonged to the board and was used for its needs. 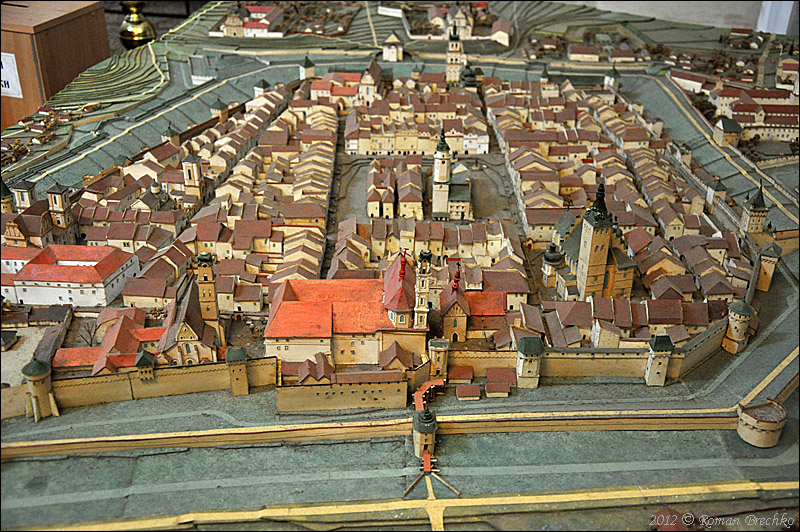 Restoring the interior of the temple, in 2016 it was possible to clear and open to visitors its rightful part, as well as the area under the former chapel. Benedict, where the founders of the temple were buried.

Museum staff are constantly exploring the dungeons, changing exhibits and working on technical equipment. In 2017, after long research, it was possible to open a new hall, which is located under the porch. In addition, during 2019-2020 there was a presentation of new models: miniatures of the Gothic house and the garrison church.

The dungeon will surely surprise with new discoveries again, because the unexplored space under the “Church of the Jesuits” is much more than open.

Inside these underground passages and rooms you can see the remains of ancient walls dating from the XIII-XIV centuries. In addition, here you can look at unique artifacts that embody past eras:

The archbishop’s sarcophagus is considered a valuable artifact. According to the inscriptions on it, it was established that it was made in the XVIII century. It is noteworthy that despite the fact that this tomb has its own owner, he was not buried in it, and this is one of his mysteries. And here is the second secret connected with it – it is a strange opening on the top cover. What it is intended for, still remains undisclosed.