Lviv is huge and unique. However, unfortunately, tourists are mostly shown the Market Square and several museums in the center. And all the charm of the city of Leo can be felt, walking not through the streets, where many people, but in places that are not told by guides.

Not far from Shevchenko Avenue there is a street with an unusual name Kalicha Hora. It rises rapidly to the Citadel. The street got its unusual name because on the mountain, deep between the gardens and the sloping houses, there was once a shelter for the crippled. At the intersection of st. Kalicha Gora and street Glebova is the original villa “Palatine”. It was built in 1875 in the neo-Romanesque style for the Charnowski family. Initially, it was called “Comfort”.

At one time there lived Tadeusz Rutowski, journalist, writer, economist, vice-president of Lviv (since 1905), in fact the mayor of Lviv during the First World War (it was he who handed the symbolic keys to the city to Russian General von Rode on September 3, 1914). .

He also served as mayor during the Russian occupation, and when the Russian troops withdrew he was taken hostage. You will never get tired of walking down General Chuprynka Street, which has a special atmosphere. Tram №2 runs there, and the buildings capture the uniqueness. The house with a double number 50-52 attracts the most attention.

The two numbered parts were reduced in two stages. One house was intended for rent, and the other – like a medieval castle with a lion figure, designed for himself by Joseph Sosnowski. House in pseudo-Gothic style with elements of Venetian Gothic.

Interesting here is a large corner balcony-loggia with elements reminiscent of Venetian palazzos. If you look closely, you can see that the vaults of the ceiling of the loggia still retain traces of bright paintings. 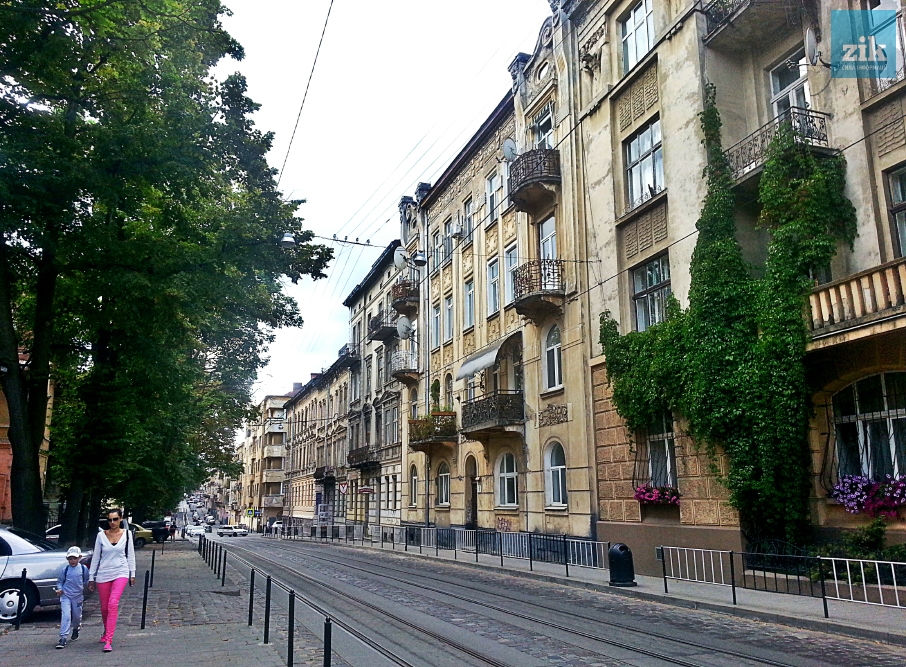 The slopes of the left, odd side of the street have long been undeveloped. Given the natural features of the landscape, in the early 1930s they were put in order with the intention of arranging a new city park.

But this did not happen, in the late 1930s, these areas were built up typical of the architecture of the period of functionalism residential buildings. That is why the left side of the street is so different from the right. 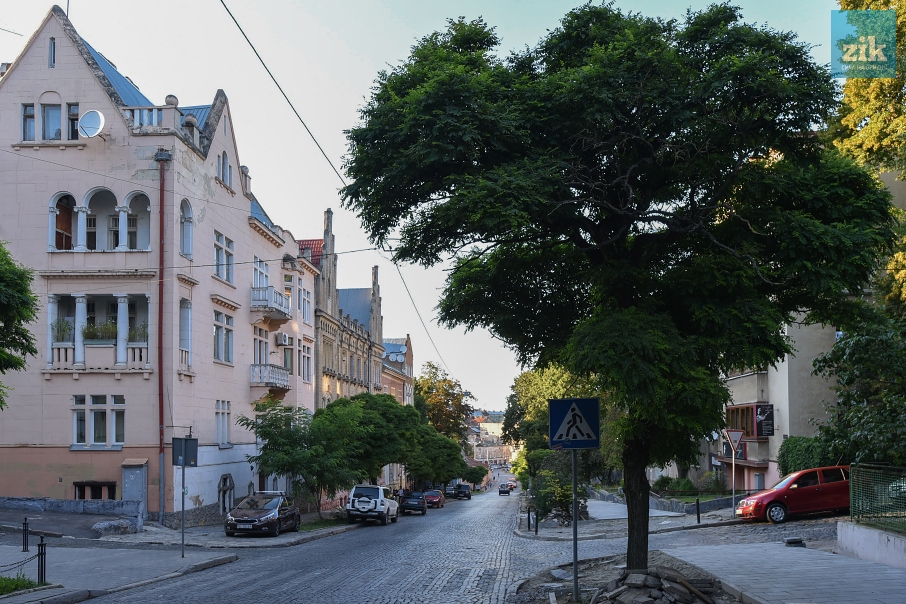 Few people know about the magical entrance to the house №6 on the street. Heroes of the Maidan. There, the walls are painted in the style of the late Middle Ages, and the colored vaulted ceiling resembles temples. Going there, as if you get into a fairy tale. 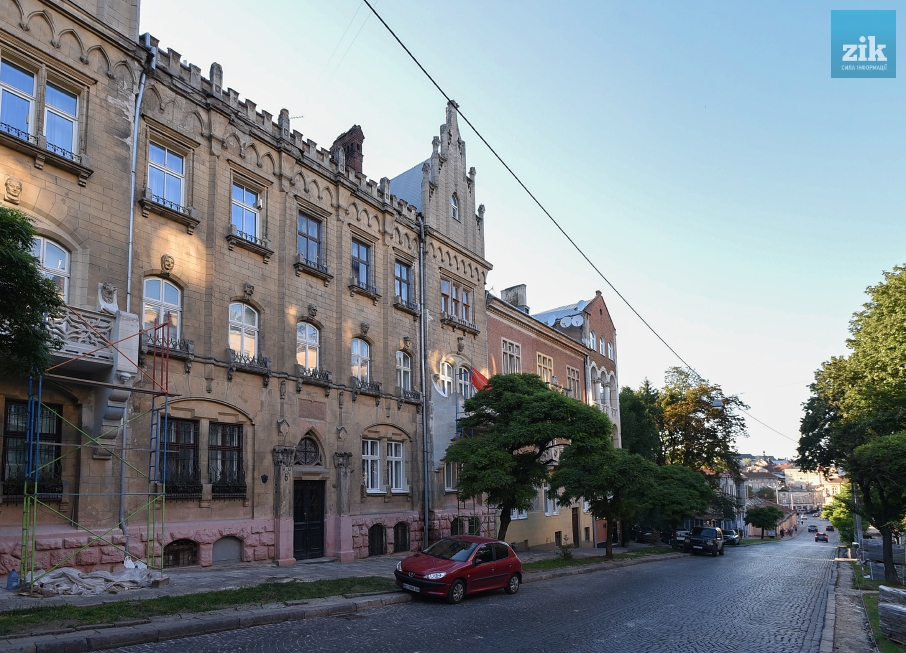 In the very center of Lviv there is a tiny street O. Nyzhankivskoho, which also has its own romance. It is not at all like the center that is shown to tourists.

Previously, the street was very gray and dark, because there are mostly courtyards of houses, so there was nothing interesting there. However, artists are increasingly using the walls there to give free rein to creativity. A pleasant discovery will be the park “Demolition”, which is located very close to the center.

This place will allow you to relax, unwind, admire the beauty of nature. You can walk for hours and constantly come across extraordinary places, because there is a lake and mountains. 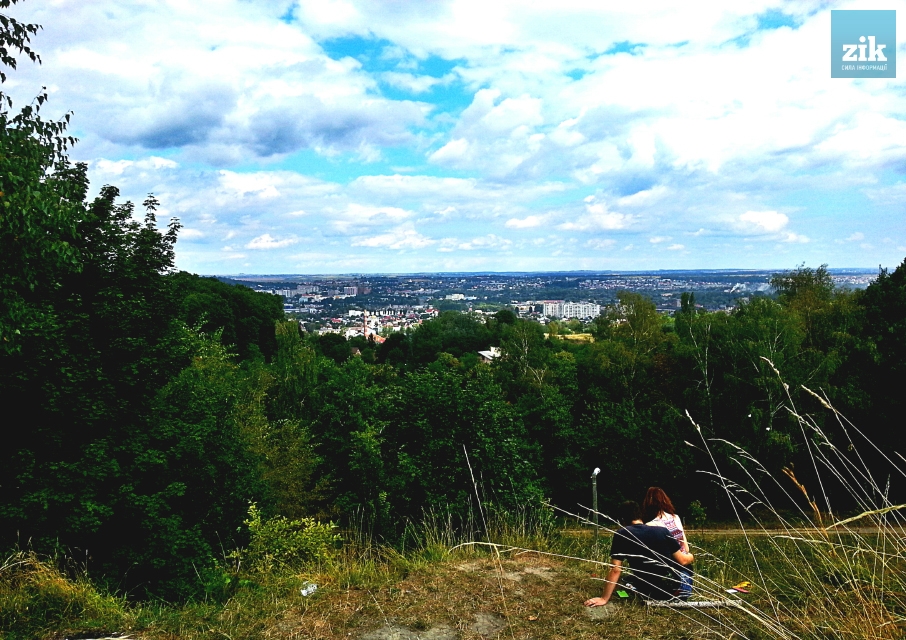 On the street. Lychakivska near Vynnykivsky Market has a cheerful staircase, which creative Lviv residents painted with all the colors of the rainbow.

Thus, these stairs became a bright spot on the gray cityscape of the street. Many Lviv residents are photographed there. 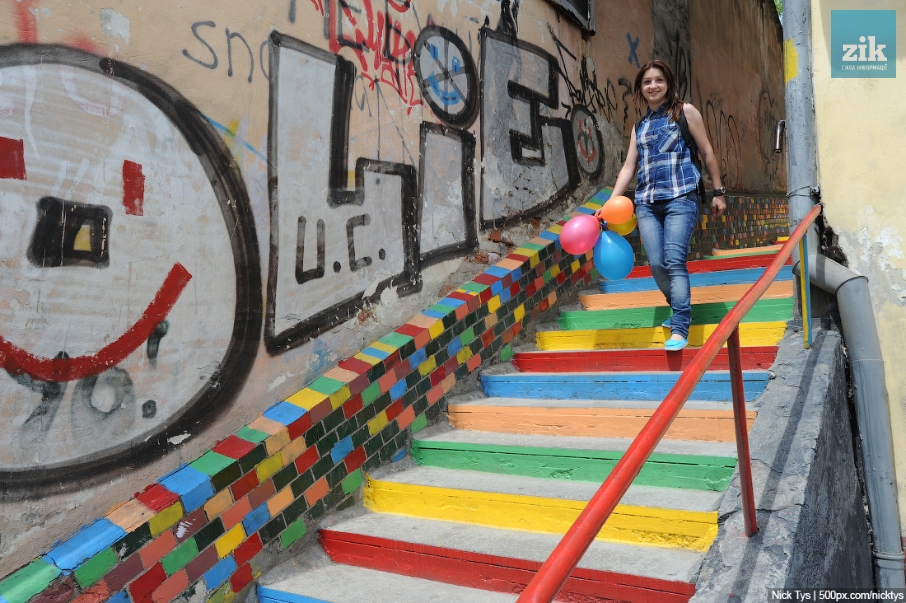 Another place with gorgeous views – is the park “High Castle”. This is a place where you will not see noisy companies, where there are not many people. Walking through the park alleys, you can relax from the hustle and bustle of the city.

And it is not necessary to climb the Castle Hill to appreciate the uniqueness of Lviv. All you have to do is return to the park, find a bench and admire the sunset. 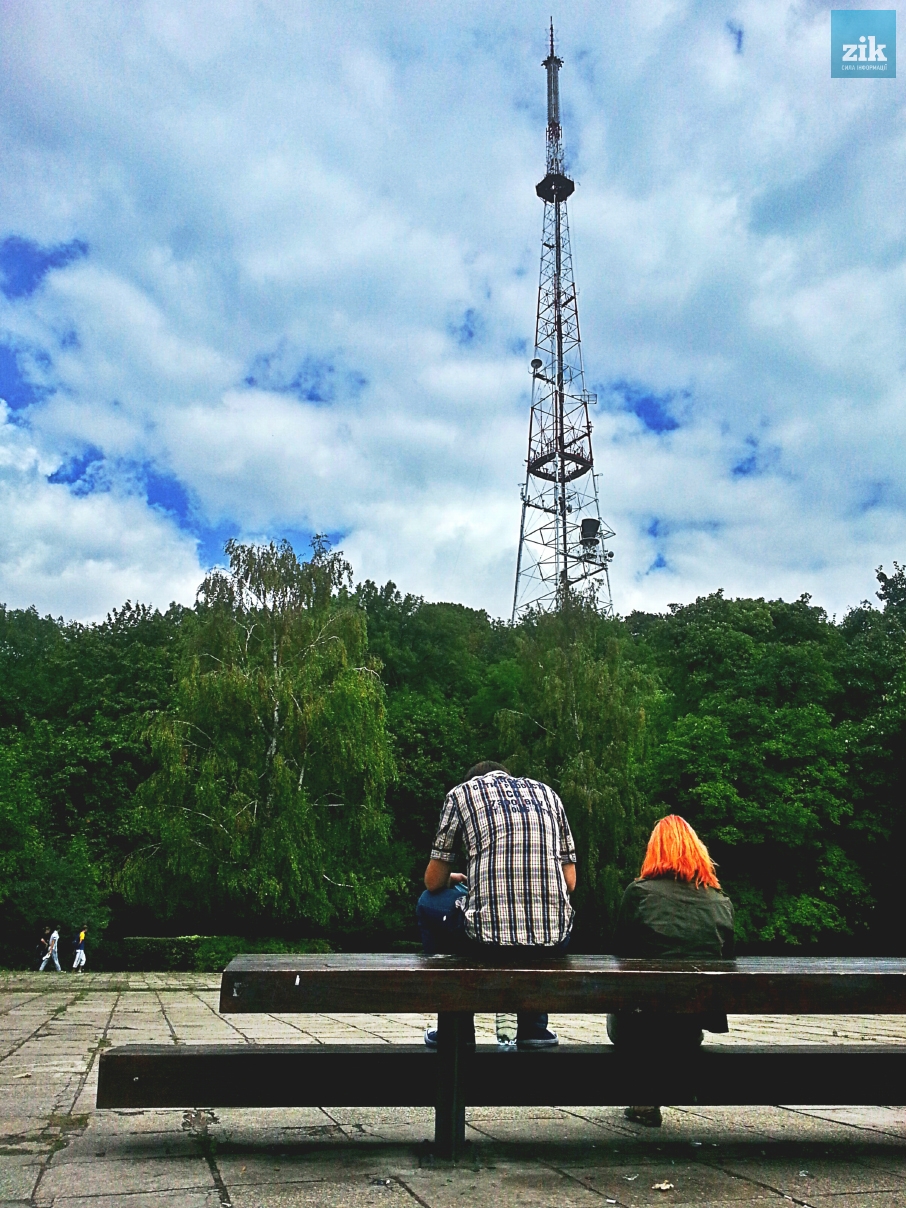 Descending from the High Castle, we come to the street. Uzhhorod. This is one of the oldest streets in the city, as it led from the old city center (now the Old Market Square and adjacent streets) to the Castle Hill. 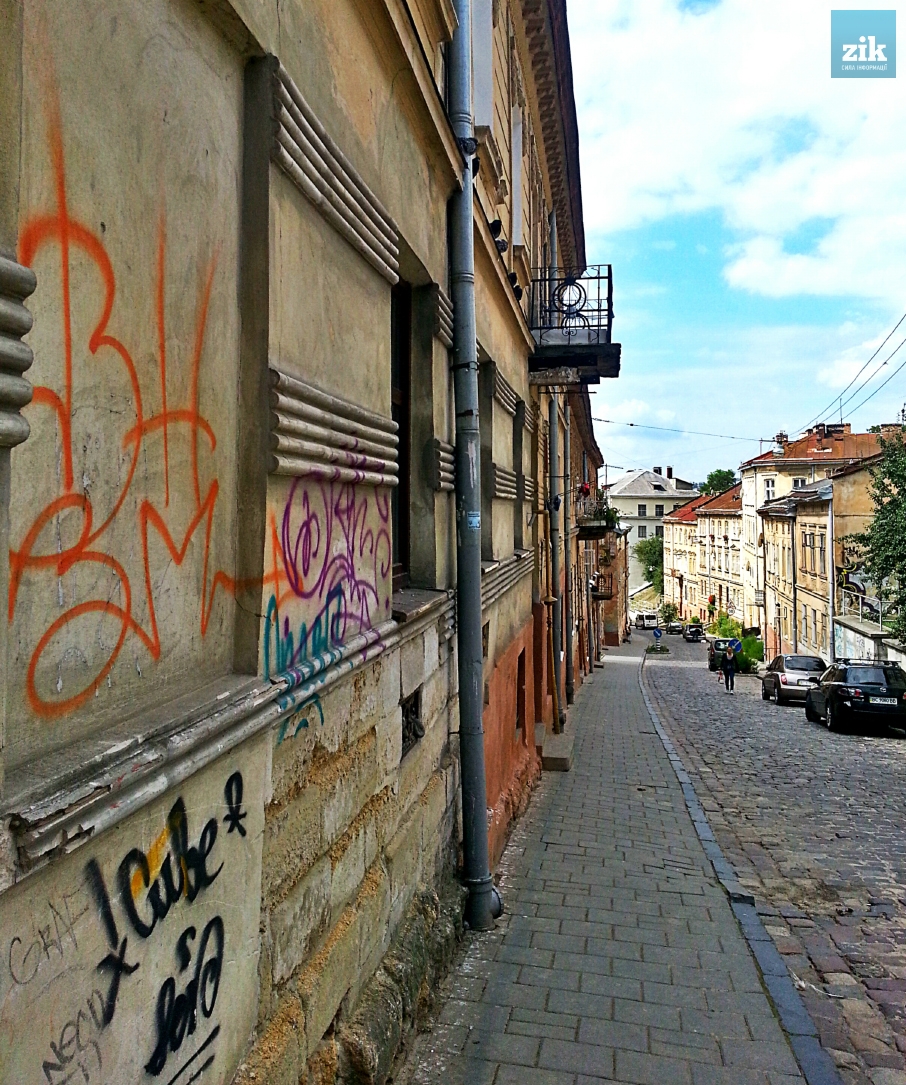 Not to mention Pidzamche. There is also a lot of interesting things. For example, the jam factory. This building on the street. B. Khmelnytsky, 124 with a neo-Gothic tower resembling a medieval castle.

As Ihor Melnyk writes in his work “Around the High Castle by roads and streets of Zhovkva suburb and northern outskirts of Lviv”, the tower has a deaf shabby wall on the city side, and all its “knightly” decoration is turned towards the hotel, turning this building into a kind of business card. Lviv.

And this “castle” was built in the early twentieth century. for ки factory of alcoholic beverages and sweetened drinks “J. Kornik and son. 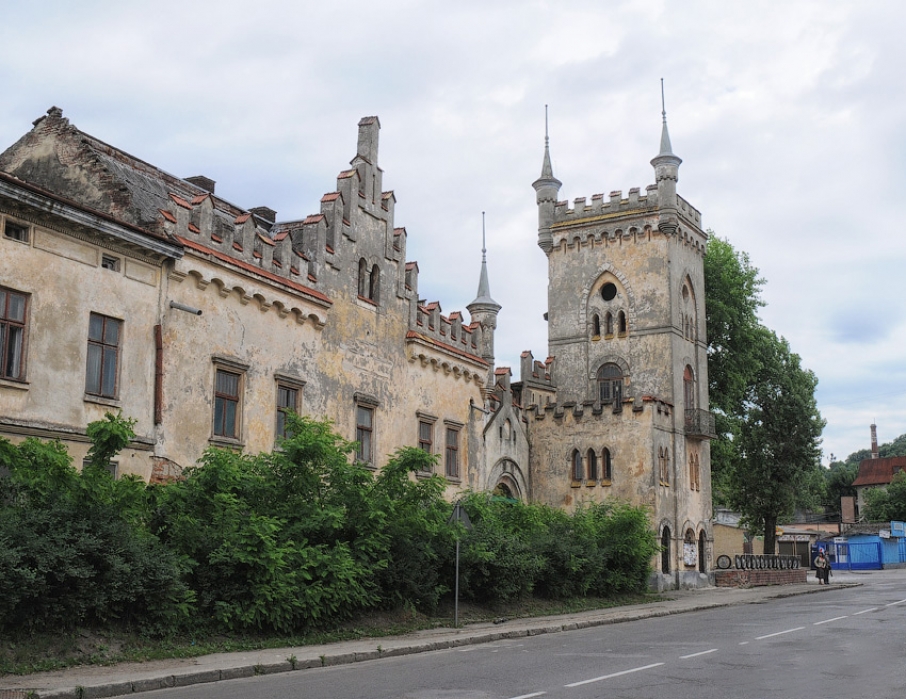 In Soviet times, the factory premises housed the Ukrgolovvino trust winery, which brought bottles from Algeria or Moldova in tanks for bottling. In the 1970s, the company was reorganized into a vegetable processing plant № 1.

In recent years, the company has declined. Now this room is being turned into a cultural center.